Accidentally deleting an item is too easy because of the Trash Can, so replace it with an Inventory Slot. 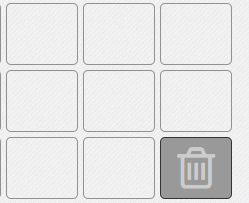 If users were to delete something, this should be the sole method: 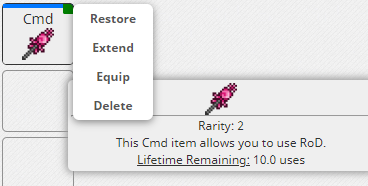 You have my condolences. . .

I can’t vote this up because I’m at my voting limit, but know I would if I could. +1

will u bring back helper then?

20 posts were split to a new topic: Helper Applications

This suggestion is planned to be implemented in the next Trading System design. This suggestion is now marked as accepted and closed to release the votes. Once this suggestion has been implemented, a dev will mark it as implemented, and a final reply will be posted so that everyone is aware. Most likely, there will be another thread discussing the next design at some point, I plan on having opt-in testing so that we can iterate on it before settling on a particular feature set.

This is listed as “Don’t have a trash slot” on the development timetable:

To make things easier, this is now an embed of task tracking (unfortunately, it doesn’t default to dark mode): ClickUp How do I understand the timetable? Stages There are a few stages that entries go through: Open In Progress To Be Reviewed In Review Closed Something is only considered done when it is Closed, but it will not show up on the timetable at that point, and we will most likely make a post about it soon after it reaches that stage. Tags There are two main tags we use: Featu…