well… i am helping to code a zombies map, and kinda also making one of mine, so i would like some weapon ideas, you can post any weapon and any projectile, that are up until the 1.4.3(not including)
if you don’t know the weapons or projectiles then i use myself these sites:
Weapons - Terraria Wiki (fandom.com)
Projectile IDs - Terraria Wiki (fandom.com)
you can add ideas of your own if you want the weapon to be more specific, from

After some confusion and requests for a more in-depth explanation of the /sitem command, I have decided to put this together. Dimension: /specialitem Base Command: /sitem You use /sitem -i “item name” followed by the selected tags, which are used to specify the properties of the weapon. Use the quotations. They are sometimes required. Tags: -ss Shoot Speed: the speed of the item’s projectile. Increasing this value will cause the projectile to move faster. -ua Use Animation: the use-anima…

if you make the weapon too specific it may have less options in what tier it will go in to be balanced
thanks for your help already in advance, sincerely multi payman

This is one of those Topics where you can let your suggestions become something you wield in-game! And because theres a vast majority of projectiles you can create crazy weapons! It also makes the zombies map more unique, fun, aswell as giving future Ideas for the Zombies map creators!

•Description: Shotguns irl have a type of ammo called “Incendiary” which is a type of ammunition containing a compound that burns rapidly and causes fires. In Terraria there is a projectile that causes the “On fire” debuff as well as having a sparks animation that resembles that of Incendiary rounds, pairing that with a shotguns burst effect you get something that somewhat resembles the irl counterpart!

Speed - Same as Wand of sparking but slightly faster

I may fix some things on this post - KeiGu

i like the idea, will think on what tier to add, thanks for the suggestion!

May I ask what theme you chose for your map?

i like the idea, i will ask others in the Untimely maybe we can use it there, i will think about the tier and ut and ua

well i am helping code another map, so let’s see how it fits among the two maps… since the one that i am making with PhillUp(builder for now) is only made in build, and not really submitted yet, and not 100% finished, i just thought that since i am of little use to him in build i could make few of the weapons, or all

I was thinking of a “disk launcher”

Description:
This is Inspired from CoDmobile’s “D13 sector”. The base weapon is a cobalt repeater and the projectile it fires is a light disc that doesnt go back to the player but instead ricochets to walls hitting multiple enemies. This fits with any map that resembles modern warfare and cyber tech! 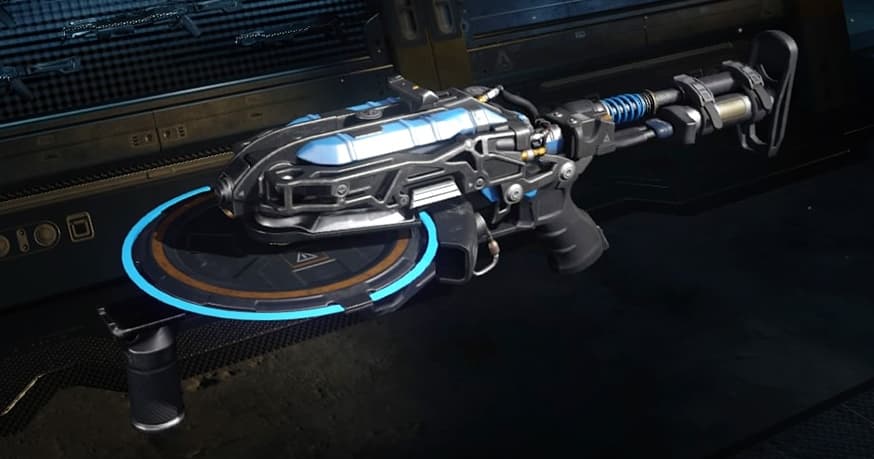 Ohh I sincerely apologize for my post, I only think that the weapon and projectile of choice isnt a good pairing since death sickle is a “Sickle”, and Lasers come out of something that uses energy. I much prefer death sickle with a “Pumpking Scythe” projectile since it pairs, but of course its also good to know others opinions thanks!

Oh fudge I have another one though I will post it later!! Need to research first!

Oh may I ask if it is possible to change the colors of projectiles? If not, its allright!

it is a well thought idea, and yea it’s also a good one, sad that you won’t be able to see it in your hands ingame, that would look awesome!

Oh darn, did I go to far? Was there something impossibly written in my weapon? Im not sad uhmm just disappointed I guess? Hahaha

it’s fine, i guess it’s about the idea, but i think i could fit it in there, the weapon doesn’t have to be perfect, after all zombies can be about surprises, and often you can’t be sure what projectile would you get out of your weapons, sometimes it’s part of the fun… that is as long as it’s worth it and not too expensive for too little value

no, i was just thinking to weaponout mod, i just would like to be able to see weapons you have ingame, not that the weapons is bad or sthing

i was just thinking to weaponout mod

Hmmm I am so confused is "Too weapon out meaning “its too obsurd to be something that can be used ingame?” Im not judging how you write I really want an honest opinion even if its an insult I will take it as long as its understandable, I wont be offended since I wasnt expecting all my Ideas to be implemented. Im more Excited on how the map will go!

Your right, In my opinion I only think’d about aesthetic purposes and how it would look in the map, yet weapons that you get in every zombies map is unpredictable thats what makes it fun! Thanks!

no no i mean that i would just like to be able to see the weapons while you are holding them in hand ingame, but vanilla terraria can’t support that only mods, it’s not about your weapon, it’s just a side thought, i will try to implement your weapon, you don’t have to worry about that, it was just talking about something else completely, sorry for making you confused

yea, i joined zombies and kept playing it for so long just because of how it freshens up the vanilla stuff, it was a nice refresh after struggling with mmftw for about a year, or one and a half… ik why i subjected myself to it, but still… i guess i was punishing myself for beating the terraria before only through duplicating items and abusing the invincibility glitch pre1.4