Why would you ban the pogo stick mount? i asked other people why and they just said “because it lets less experienced players gain a lot of speed”. is this really the case? if so then 1. It lets new players escape from GODS at pvp like beetleeye and gywn (And me ;D). 2. its fun to pogo around the pvp map. its like a mini pogo course! 3. It can be used to go downwards and up AND you can mess around and flip with the pogo stick. Plz bring the pogo stick back.

It’s hard getting used to Slimy Saddle, so I would really like to have pogo back.

If its not then ill uh…
eat a sandwitch, and since i bet noone wants that to happen you gotta bring back the pogo stick mods

If you want to appeal to un-ban the Pogo Stick, do so in the Terraria PvP Lounge or the Dark Gaming Discord. 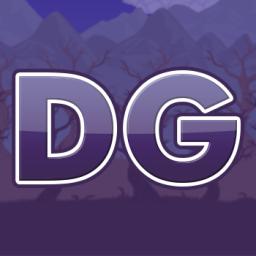 Check out the Dark Gaming community on Discord - hang out with 3,879 other members and enjoy free voice and text chat.

The PvP Lounge is pretty insular, and only particular people can invite you there.

what is this? I’ve heard a few people mention it

Why ban Pogo Stick? Because it takes almost no skill to use and has more output than saddle, I can guarantee that if pogo were to never exist that you wouldn’t complain about the gelatinous pillion being banned and only having to use saddle.

Cart Dash + Pogo Stick means you can fly across the arena in a ton of different directions, and never loses momentum overtime.
So personally I think pogo shouldn’t be unbanned for the time being so you can adapt to the feel of saddle - which the majority of the older players used, so it’s not that bad, and it takes more skill and thought to use.

Please don’t downscale the argument too much.
Pogo is being TEST banned because of multiple reasons, only one of which you glossed over.
Pogo allows for players of all skill levels to gain very very high amounts of mobility with little to no skill investment required. This does not just apply to newer players like you, it applies to older veteran players like myself. My movement capabilities have tripled thanks to pogo, and I don’t like abusing movement things to begin with, it’s simply not something I’m familiar or invested in.
Pogo also invalidates a large number of other mounts, and as Solar mentioned, can be combined with cart dashing to effectively give you the speed of holding a portal gun while maintaining the vertical mobility of slimy saddle and similar.
It’s simply way too powerful of an all purpose tool with way too little commitment, or skill required in order to be a fair feeling tool.
The purpose of banning equipment is vague, but one of the biggest is something which we cannot balance which is best countered by using itself.
This applies to Last Prism, RoD, teleportation commands, and so on, and also to Pogo as well.
I appreciate people voicing their discontent with these changes, but I have to say…
We banned pogo LESS THAN A DAY AGO, you could at least TRY to get used to new equipment BEFORE you create a whole thread labeled as a rant on the forums.

I used to use slimy saddle…

no you idiot try-hard spy main dp grinder imaginary gf haver kitten puncher saddle “enjoyer” getting made fun of on r/iamverybadass iq of -10 haver non-chad non pogostick user go get a pogo and get a life you piece of crap.

how tf did he know

Wait, do you use mounts?

yes, they are helpful

You’re really going to insult someone like this for making a meme of all things?