Reporting Trolls in the Gamemodes Dimension

[3] Did this affect anyone (e.g. they were using their hacks in PvP)?

It affected ALL people wanting to join a lobby to play Zombiemodes. They were trolling and the game is bugging out and not starting every single time.

Eventually the game starts once everyone leaves. But then after that game ends and in another Intermission Map, they do that again and everyone waits again for more than 10 minutes.

Everyone just joins and leaves again and again.

[6] Roughly, the time (in UTC) the offence was made. (if this is a
server report)

The main problem here is that… Even if they did stop doing this and can just be ignored and not be banned… The others I have not included in the report will do the same thing, trolling.

So to say, I wanted the first people to do this get banned first, so the others will be hesitant of trolling again, thinking that trolling is at the expense of their account being banned.

Like the warp traps in survival, spamming projectiles only to make the intermission lag is not good for the community because they made a feature unusable because of lag.

Oh wait is this just a bug that… just happens?

I assumed this bug happened because they were block glitching and killing each other continuously in the intermission map.

Ive tried using some commands like /lobby battle , but thats not possible if you arent the host… And that also means that I CAN become a host… How can I?!

what exactly were they doing?

At first, the countdown started like normal before spawning in the Map…

And for 30 minutes, the game never started. Everyone who wanted to play is also stuck in that lobby.

I left the lobby and typed /inlobbies. Saw that other lobbies only has 1/12 or 2/12 players, it says its Joinable, but we cant join it, we just kept getting directed that map where they are murdering each other, or just block glitching.

And thats why I reported them. Which I assume is the reason why the game bugged or never started.

Btw before i join the server theres no countdown or anything that see on the chat also others confuse and asking why the game doesnt start also when rejoin still the same.

And then you know the zombies are glitch or bug even they killing each others or not and still the same why you reported me?

Dude when the lobby started youre the one who enabled PVP first, then comes in another. After you two murdered each other countless times the countdown got burried by your death notice… Cant you see my screenshots? Its on order, the first screenshotbyou can literally see your OWN NAME

It was all working at first but then you and the others killed each other countless times, which I assume is the cause of why the game never started, thats why I reported you.

Because of this, others did this as well and it happened again for another 30 minutes by other people.

Bruh before you join theres no countdown or anything on the chat its nothing also others saying why the zombies not starting even you kill players or not kill because zombies are glitch also when i left the lobby and then join and its different players and they didnt killing each others still the same come on i dont wanna fight you shill but im telling the truth and you dont know what really happened on the lobby because you didnt join earlier.

The only chance is all players leave and it will work today gamemodes/zombies working fine now someone fix it maybe tejdxa or other mods etc so why we fight about these problem that already fixed?? and working fine now.

And that also means that I CAN become a host… How can I?!

This sounds like what happens in a map builder lobby, although I have no idea what would cause that to happen if there was no actual builder.

By the way you can pvp other players when its on countdown but mysterious glitch comes out and its stuck on lobby and not starting today its fine now. 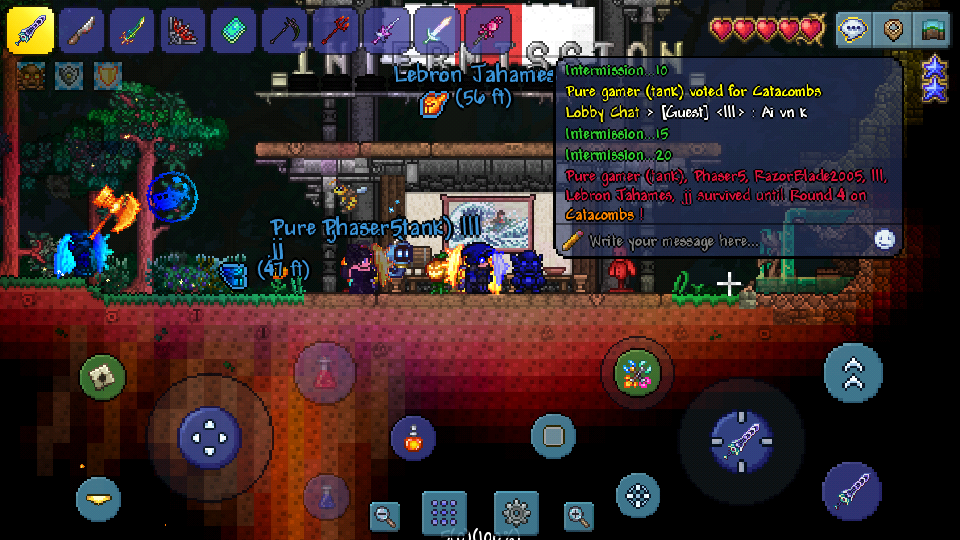 Luckily zombies/gamemodes is working fine now so i can play it with no problems.

Lets just drop this, Im not fond of reporting other people because I believe in friendship and Im not really fixated on getting you banned, so I aint pushing it. (I know I just contradicted myself with what I just said but…well…)

Anyway if its just a bug then lets leave it as that. You aint banned, none got banned, zombiemode is back in business, Jimmy stabbed his toe… So were all fine!! FRIENDSHIP