PC/Mobile
This was written on my phone, however I checked the desktop version of the Forums and the situation was unchanged.

Dimensions or Services it affects
Voting up topics on the Dark Gaming Forums.

How often it happens
Uh… any time that someone attempts to remove a vote to allocate to another suggestion, only to find out they can’t?

Any screenshots or videos showing the bug
To summarize: I was attempting to vote up this recent suggestion:

[What is the actual item/mechanic/thing being targeted?] Gladiator Armor [What would you like specifically changed about it?] Defense & all damage buff [Why do you feel that this change is needed?] Maybe there can be no shield kits? who knows [Anything else you would like to note] do it blanc, you know you want to

However, I am at my voting limit. In an attempt to remedy that so I could vote up the suggestion, I removed my vote from this suggestion:

Toggleable mode(off by default) where you’ll return the points to the dead person on revive. For when you want to revive someone but don’t want to take their points

Which lead to me taking this screenshot, to note to return the vote if either suggestion were to be accepted: 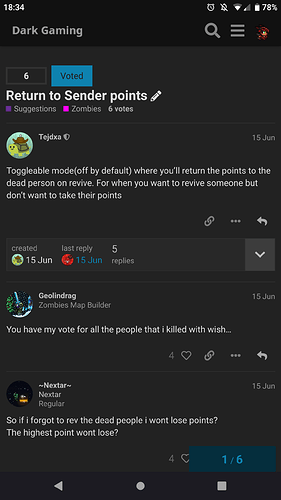 This screenshot shows my vote being on the above suggestion. However, when I attempted to then vote for the Gladiator Armor Buff suggestion, I was still told I was at my vote limit, despite removing a vote: 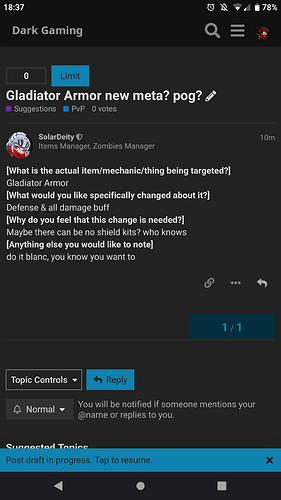 Furthermore, my vote from the Points Return to Sender suggestion has been removed: 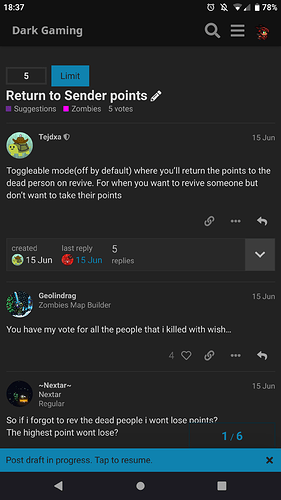 Thus, I lost a vote overall. Why? I don’t know. But… maybe this should become a Discourse bug report?

Yeah, i think it is more likely to get an answer from the discourse forum also that explains why i have only 5 votes

hm, how many votes do you have left?

hm, how many votes do you have left?

It… appears to be 8 after removing all of my possible votes and then voting once (said 7 votes left). Here’s my list of voted topics before the purge (excluding the return points to sender suggestion): 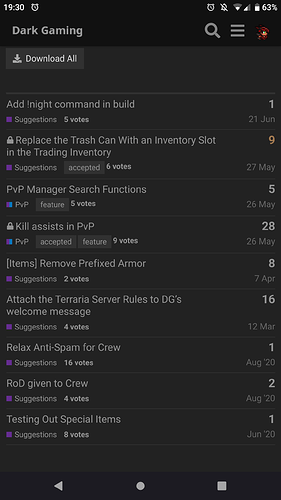 After removing one vote from there, I appeared to have one vote left. 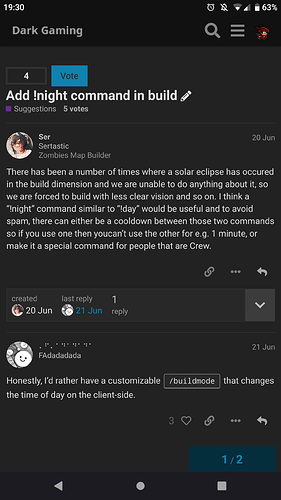 After purging them all, I then revoted for one suggestion, shown in the following two screenshots: 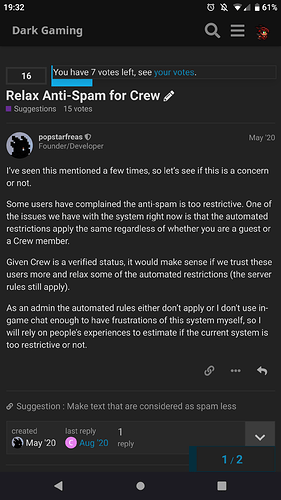 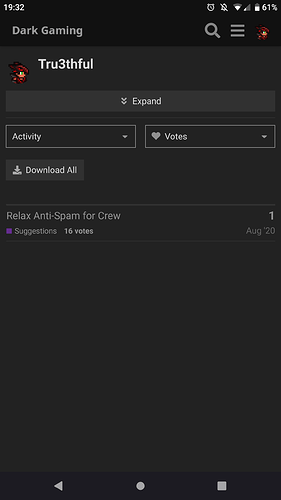 did you also removed the closed votes? also you appear to have dupped votes however that happened idk

did you also removed the closed votes?

Yes, as shown in the very last screenshot.