[Q2] Did you break the rules knowingly?
Yes, I did.

[Q3] Do you think your Ban was fair? If not, please provide a reason.
It was definitely fair because I was cheating despite knowing that using a modified client is against the rules.

[Q4] Why should we unban you?
Because I absolutely would not cheat ever again and I want to have fun on the server again.

Did you get that ban link when you tried to join?

I know everyone is busy, but can I at least get a reply?

Well, this ban doesn’t have any enforced ban information, so if you don’t receive any ban link when joining then I will say consider yourself unbanned.

Thank you very much for taking your time to look into the details of my ban, but there is one thing I would like to ask and that is for some reason, I can’t use most commands, like for example, I can’t use /ability when playing Zombies and when I type in the chat, it doesn’t show my title or anything, and I don’t seem to be gaining DP as well. Can u please help me? 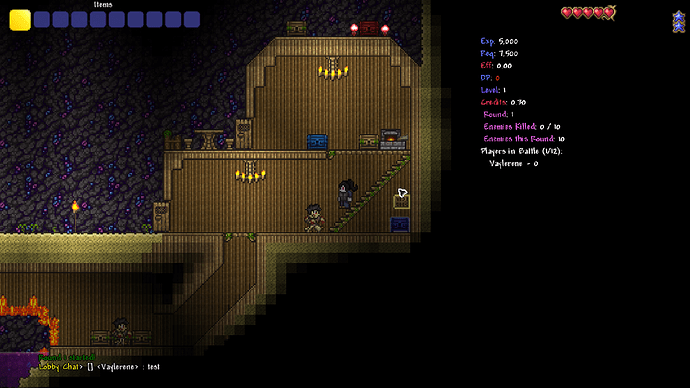 In this case, it seems that a part of the ban still exists, so we will need to go through the procedure as normal.

It was definitely fair because I was cheating despite knowing that using a modified client is against the rules.

Can you explain why you decided to use a modified client?

It was a decision made out of inconsideration, immaturity, and above all, a lack of respect for oneself and the server.
I was completely cognizant of what I was doing but I was only concerned about myself. I didn’t think through and through about how my hacking will inevitably damage the economy of Survival, and I am also downplaying the efforts of people who are putting so much of their heart and soul to have fun in Survival.
Ultimately, this wouldn’t have happened if I had some maturity, took a step back, and truly ruminate on the real consequences of my actions before attempting to cheat using a modified client. Moreover, I am aware it has been over a year since I have been active on the server so I understand if you find it hard to believe what I am saying is without pretense.
Furthermore, as my carelessness for others and an inability to be more grown-up coalesce came forth impertinence not only towards myself but the server as a whole. As I was drowning in my world, only to drown further as I kept getting enticed to cheat, I did not think for a second about how my hacking will cause other players to be tempted to do the same. This will slowly but surely lure many people to commit the same mistake I did.
Consequently, in a blink of an eye, my idiotic decision would give rise to a server that is plagued with only hackers and this, in my opinion, has to be my biggest offense to you, the staff, the members and, everybody that is working so hard to make this server the best server of all time.
In conclusion, over this one-year time frame, I have mustered up the courage to look myself in the mirror and reflect on what I have done. I am much more considerate to others, more of a grown-up than before, and as proof of my respect, loyalty, and love for this server, I will never cheat again.

Bump so that this thread won’t close by itself

I broke this rule:

2. Do you understand how you can avoid breaking them again?
Yes, I understand, I will not use a modified client from now on.

4. Do you understand that if in the future you break any of the rules that you were banned for already, that you will not be able to appeal again (unless the ban was a mistake or due to extenuating circumstances)?
Yes, I understand if I break any rules in the future, a second ban appeal would not be possible.

Bump for another time