[2] Report: what rule(s) they broke (quote them).
Possibly hacking

all types of modified clients, that deviate gameplay functionally in any way from the original terraria client; this also includes using 3rd party programs, such as inventory editors, to modify your character to possess impossibilities, but texture packs are exempt*. warnings may be given, however due to the nature of the people using these clients, warnings may not be required, and in cases where this affects other players in a negative way, to a degree of selfishness, then the ban may not be appealed.

[3] Did this affect anyone (e.g. they were using their hacks in PvP)?
Yes everyone died at the same time (even without enemies around) except drgm, and they didn’t take damage from enemies 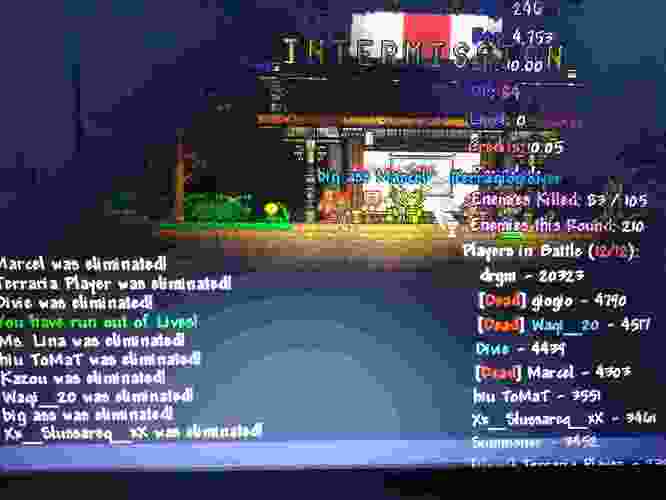 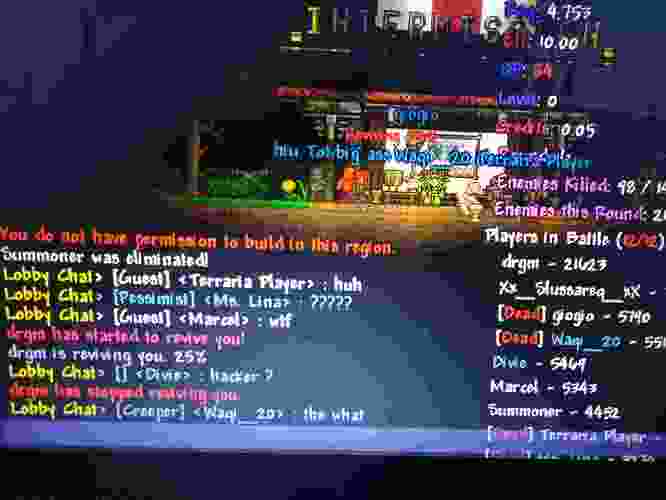 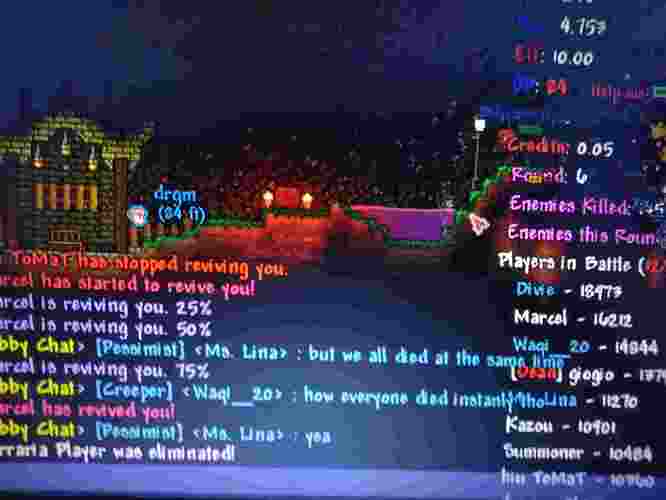 [5] Dimension: (if this is a server report).
Zombies, hill house

lmao I checked the post on pc and the pictures are really really bad, I made it on the phone, compressed it because it said too big, sorry for the quality

Regarding the evidence, I am uncertain how the provided images are conducive of drgm’s asserted guiltiness.

I understand the premise of your argument, but with the evidence given, I do not think it can be doubtlessly affirmed that dgrm is hacking.

I’m pretty sure drgm was hacking as there were no enemies around me at the time I suddenly died, and most players were spreaded in different locations, then a split second of lag later I was eliminated including all the other players except drgm, but everything happened too fast, I grabbed my phone asap & scroll the chats to take the evidence, as I was still afking trying to compress my images in some online website, drgm were walking through crowd of Zombies without taking damage right pass me after I got revived sometimes later, I didn’t get to take the picture as it was too late when my phone loads the camera, I left the server after (it was a mistake, I should have stayed for more proofs, but that’s the only things that I got)

In the first image, the chat shows everyone died simultaneously,
In the second image, other players were clueless as me on what was happening too at that time,
The last image were players talking about the sudden elimination, (before the chat, someone said we could die by pointing the gun closely at an obstacle but I doubt it as I was chilling near the pool before dying without cause)

I understand if this will be denied with the lack of strong evidence, but if I encounter the same thing again, I will try to be more ready and calm instead of panicking trying to take a clear shot of images. It was purely my mistake for not getting clearer evidence.

Next time, I suggest that you record your screen.

If you’re using Windows, you can use windows key + g in order to record your game.

Ahh, thank you for the tips, I’m really noob at these stuffs