[3] Did this affect anyone (e.g. they were using their hacks in PvP)?
No but I thought that was a bad joke when I saw the “Hi Glasia” written in text statues placed in the void vault 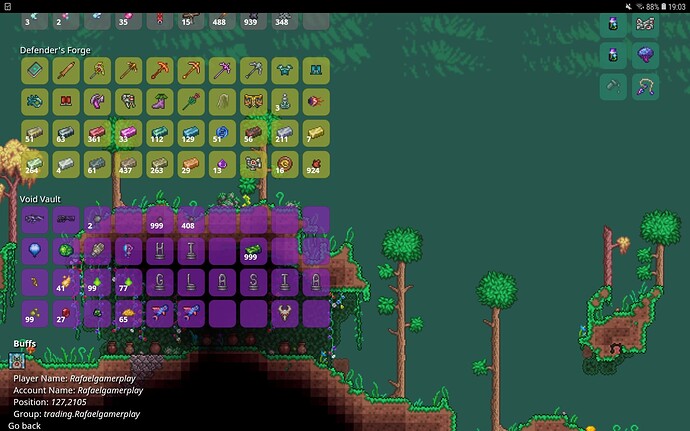 [6] Roughly, the time (in UTC) the offence was made. (if this is a
server report)
Same as report

This can be obtained legitimately, you know. Multiple people have had it previously, and Survival is at a reasonable stage for this to occur.

In previous resets at least*

I gotchu, i knew u were going to report me, so i mined over 5 x 999 chlorophyte ores, spent almost a stack of potions and around 1 hour and 30 minutes (or even 2-3 hours) mining. Also sorry for the bad joke.

Why would you need to say this? That’s just rude and frankly uneccessary.

because glasia is reporting regulars who have played survival hundreds of cycles and even moderators. also when will glasia learn to use the #player-reports feature on the discord

There’s nothing wrong with using this instead of the discord.

because glasia is reporting regulars who have played survival hundreds of cycles and even moderators.

Even regulars can still hack. One example (that I know of) is Kiran07, who was banned after becoming well known. That’s no reason to not report suspicious behaviour; when it is a mistake they can be told.

And again just saying, sorry Glasia, i respect your actions, and i just wanted to make an small joke, hope you didn’t get offended by this joke, respectfully Raf.

There was one misunderstanding with the /invsee as it was indistinguishable on T-inv.

I didn’t get offended as Mado and you explained it. I accept your sorry and I am sorry for these unconvenience

Since this thread is active for the wrong reasons I will use it to make a statement to the people complaining about these reports.

Firstly, why are you complaining about someone reporting suspicious things? What exactly do you think reports are for?

Secondly, the reports they have made are good. They may not always require action, because they are posted not to accuse people but to highlight things for staff to look at. No one is protected from the rules, whether you are an active player or a staff member, you must follow the rules and people should report violations, regardless of who committed them.

Finally, if I see people badgering Glasia about making good reports then I will end up taking action against these people, because you are going against this user for no reason other than to ruin their experience in the community. We encourage reports. Staff are not always active or able to see everything, so please post them if you see something wrong.