A large amount of minor changes have been pushed

round of applause for keybrand

you have summoned thee

A second of its kind! I’m a few days late by now, but the least I can do to celebrate it is… well, what happened up to now with it.

Yeah I didnt have reason to buff it, there’s enough swords in play but I didn’t realize it didn’t get buffed to vanilla stats with 1.4 change lmao. THat much I can do, presuming it didn’t make the sword suddenly meta centralizing or something

what you should do tho is buff Solar Flare Pickaxe 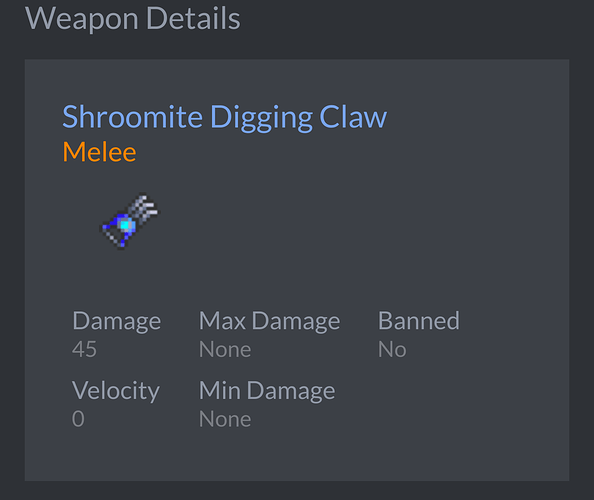 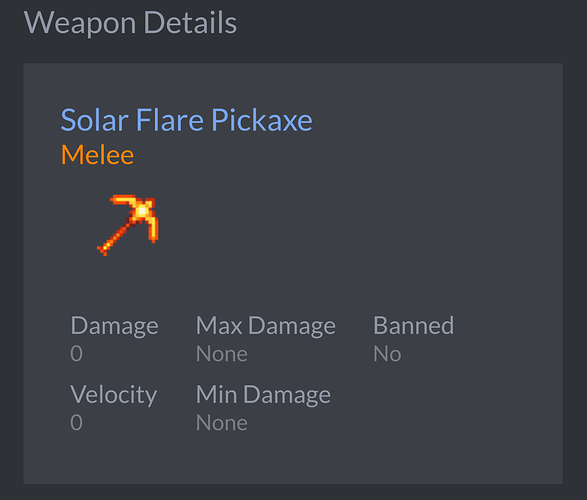 what have they done

Edit: Well, at least The Axe is still decent
The Axe

2nd Edit: How do you do that image of PvP Manager Profiles?

How viable is the 3rd most used PvE weapon, the one, the only, Laser Drill?

Cough if I may offer my expert opinion, I believe that those images you speak of are, in fact, screenshots, as seen when hovering over the image with the cursor.

ah im an idiot thank you

In theory, you could OHK someone with Laser Drill, since its damage is uncapped. But its base is a somewhat low 35, and after my experience with using Laser Drill as a weapon in Zombies (the drill tip was a bit iffy on hitting enemies), I wouldn’t count on it. 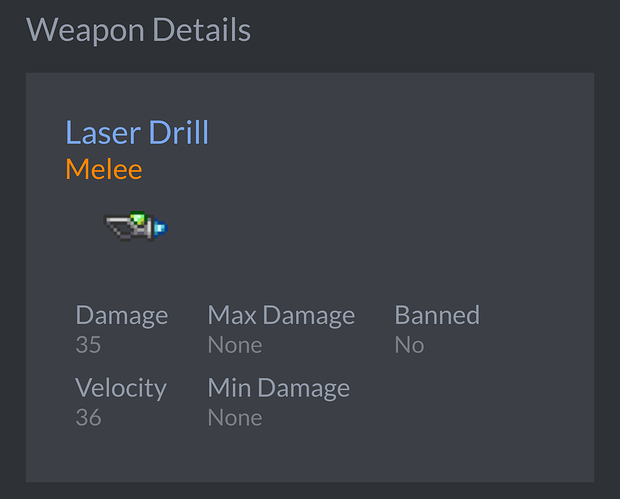 in theory laser drill would be really good with orichalcum armor, but shroomite digging claw would be better with titanium

Edit: Normally I’m a summoner, but when it comes to pvp, I’m more of a ‘Mechanic,’ so I’m trying to make the best vanilla pvp, DG pvp, and Calamity Mod pvp tool-only loadout.

shroomite digging claw would be better with titanium

but seriously, pickaxe only playthroughs are priceless, especially modded