This is a thread addressed to Rofle/Popstarfreas and I’m saying it here, because of not being able to contact him on steam due to him always being away lol.
So, as a few of you know, I’ve been giving permissions to build in the PvE dimension to build new arenas for it, but there are some things that should be allowed for me if Rofle wants good arenas. Just some things only in PvE, not any other dimension:
-access to Ice Rod, Lava, Super Absorbant Sponge (I can still get lava from other parts of the dimension you know)
-not being frozen for placing walls/blocks too fast
-also disable random mobs spawning

For example, lava slimes can be very annoying if building in hell, because upon death they drop lava: 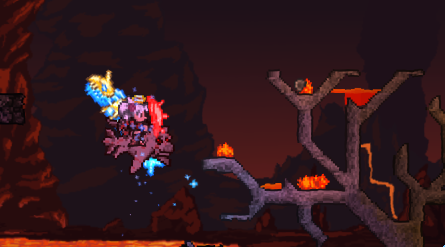 I made this so that lava doesn’t stay in the building zone: And about lava gathering, I made this just to get a little:

Hope all these requests can be accepted, please…

Keep up the goodwork bro <3 chat me or post something on my wall if u need help with anything.