The player stood right inside a bunch of bosses but took no contact damage. (The message in the middle is “You were slain” in German) 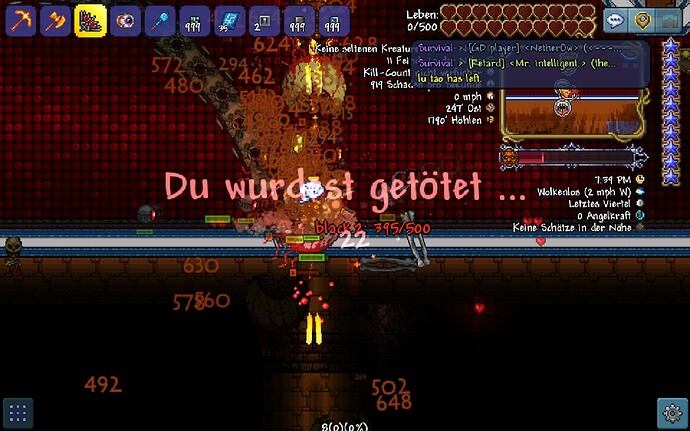 Normally (without hacks) the bosses (which kill in one hit) on the picture would deal (with solar flare armor) following amounts of damage: