The Palebloods are a group of blood-addled hunters, dedicated to hunting down notable figures within the PvP community. Your rank inside the clan is determined by your combat prowess and the amount of bounties you’ve completed.

Well… It’s yet another PvP based clan. Now before you start yelling at me about “pvp clans are unfair, and take away our enjoyment” or some other complaint, do note that this clan IS NOT about ganging up on people who are more skilled than you or that kind of rubbish.

So now you’re probably all confused, wondering: “If this isn’t about that, then what on earth could this possibly be?”

Basically it’s a clan that revolves around a “Bounty System” with prizes like DP, Titles and Credits. With occasional events hosted by me or @InjectuousPotato

Bounties are placed on random figures within the PvP community, with the amount of DP increasing based on their rank/pvp prowess.

Bounties are claimed by sending a picture of the kill through a certain channel on the discord server. (Link at the bottom)

Queen : Leader of the Paleblood Hunters.

Bloody Crow : A malignant figure, shrouded in blood. Title given to the person with the most bounties.

Royal Guard : Protectors of the Queen, and the most skilled hunters.

Knight : Low ranking Hunters who serve the queen. Called Knights for the sake of appearances.

Servant : Palebloods who have yet to earn the title of Knight. Servants of the nobles.

I asked permission from rofle to add this invite, so no worries there 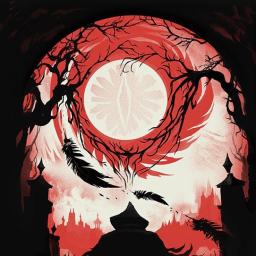 Check out the Sanctuary community on Discord - hang out with 64 other members and enjoy free voice and text chat.

Applications for Paleblood, Kite Clan, Vendetta, and Team Runic are handled in the discord server.