[What is the actual item/mechanic/thing being targeted?]
Nettle Burst

[What would you like specifically changed about it?]
Increase the velocity to 50-60 and put a max damage cap of probably 48-52 on it, also buff the base damage to 40-50

[Why do you feel that this change is needed?]
Nettle Burst is currently unaltered (and is not remotely viable in PvP). These changes essentially make it a Vilethorn that spans most of the distance of your screen, and keep its ability to wallpierce. The sprites do get a bit messed up (they spread out), but it still works pretty okay with Nettle Burst, which is why I chose it instead of Vilethorn to get buffed.

[Anything else you would like to note]
This assumes that PvP Manager’s velocity changes run off the same kind of stat editing as the velocity changes in SpecialItem, if they don’t then this might be strange

Bring back its reign of terror!

The sprites spreading out affects its hitbox for the record. If It has gaps in the sprite it physically has gaps in the hitbox, which is an odd inconsistency to play around

I checked the sprite, if it works the same way as in SItem then there will be gaps but hopefully not enough for people to go through lol

If there are gaps, they probably won’t be large enough so people can pass through
However, if the hitboxes are more spread out, then there’s a possibility that it could double hit if someone is caught flying into it straight on
Aiming it so that someone will fly straight into it is harder than aiming it so that someone runs into it from the side, which could mean better reward for better aim 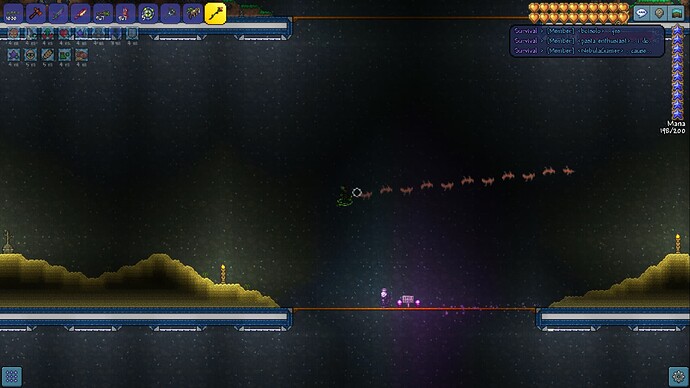 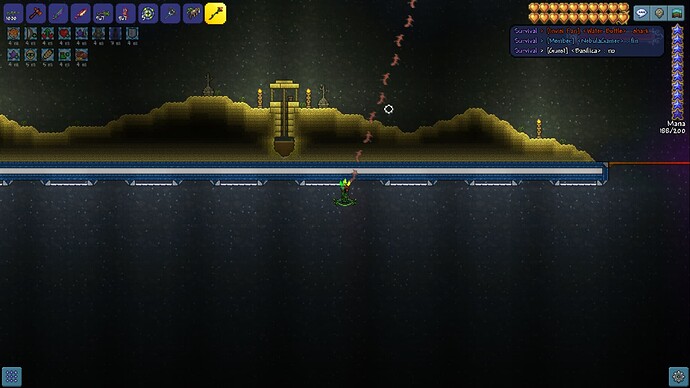 U simp for vile shard.

No uzi is better

I gotta do what’s best for my mental health….

Ok ig…
When are you coming back?

Maybe January, either way intel out!