I went to go and fight some enraged Duke Fishron for DP, but then I couldn’t break the sign to summon. I thought I was just lagging… until I noticed I was getting the Creative Shock debuff from somewhere. I wasn’t sure where on the PvE world they would be since I saw multiple Mysterious Portals around in addition to an Old One’s Army event occurring. Refer to the screenshots for more details. 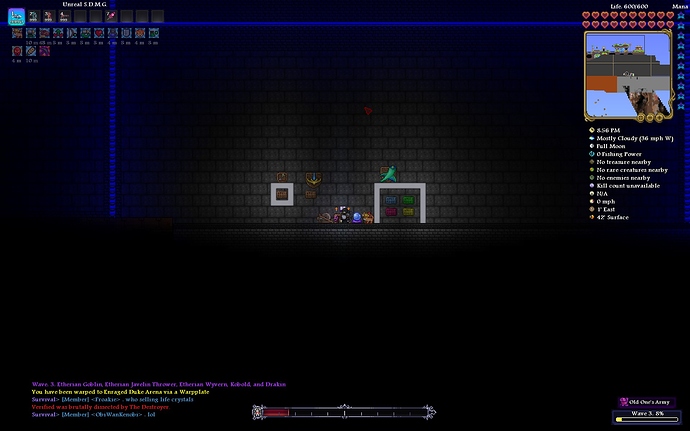 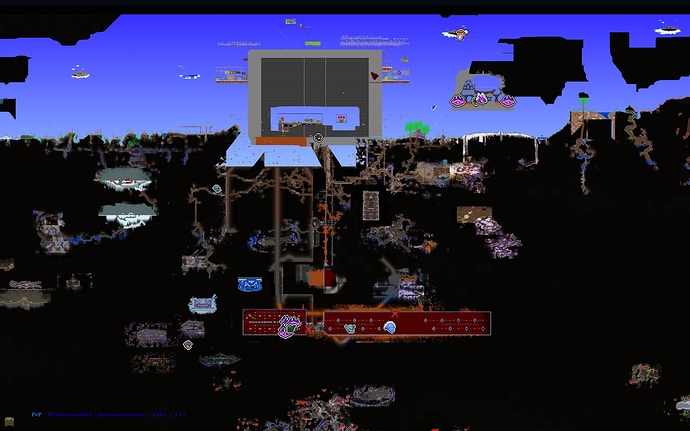 I think just moving it away is a simple fix, since the lobby for PvE isn’t affected by Creative Shock.