Mining boi breaking many rules at once

Trusted witnesses are there

(Trusted witnesses are there)

Scamming other users is not allowed. This includes, but not limited to, tricking players into giving you items, deceiving players in trades, and lying to other players to gain an advantage. If you break this rule, then you will be warned, kicked, and possibly banned.

If you drop an item for someone and someone else picks it up unintentionally and does not give it back, this is not scamming. You are expected to take precautions such as not trading near other players and turning on teleport protection. However, if someone is trying to catch item drops, you are trading to someone else; this can be seen as a violation of S0#4.

[3] Did this affect anyone (e.g. they were using their hacks in PvP)?
Yes, those who don’t know that they have a cheated item may get banned

Admitting of having 2 accounts

The ban evasion with a 2nd account is most comfirmed rule break.

Adding on to duplication accusations: I was watching Mining boi in chat for a while through Phase. Then I noticed this: 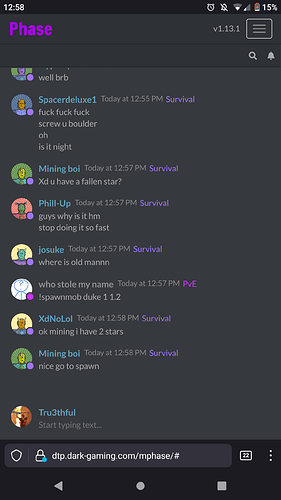 The reason they were asking for extra Fallen Stars was to duplicate using stack exploits/cheats. In interest, I checked their inventory, and found a single Fallen Star. 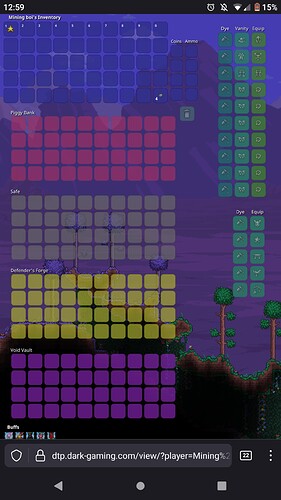 About a minute passes and then XdLolNo gives the stars to Mining boi. When I saw that in Phase, I refreshed their inventory page, and saw that Mining boi suddenly had 255 Fallen Stars in a stack.

I continued to refresh Mining boi’s inventory over the next few minutes, and then stumbled upon them in possession of 640 Platinum Coins.

The dupe is now also confirmed.