Griefing Report - Map Flooded with Water due to Boundary Breach

[1] Members name.
Unknown. I wasn’t online when this had happened, but this is a griefing report with a request for investigation into who had broken the blocks in question.

[3] Did this affect anyone (e.g. they were using their hacks in PvP)?
I mean, technically, yes? My map area in build saw some of its boundaries broken, and the map was flooded with water. The user behind the grief added a painted sign to the area saying, quote, “Lol get dunked with water”, end quote.

[4] Evidence. (If this includes chat, Phase link one or more messages)
Position 1: 2890, 933. A few blocks of the box were broken in the corner of the map boundaries, said boundaries were marked by Asphalt Blocks. There was also a sign in the inverted pyramid without any text on it, which I broke before thinking about it. 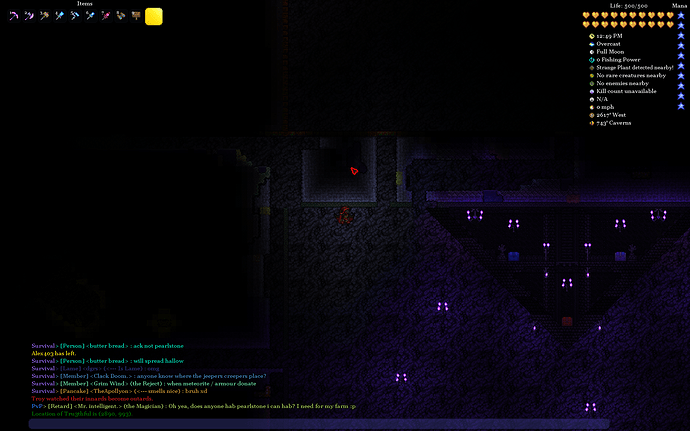 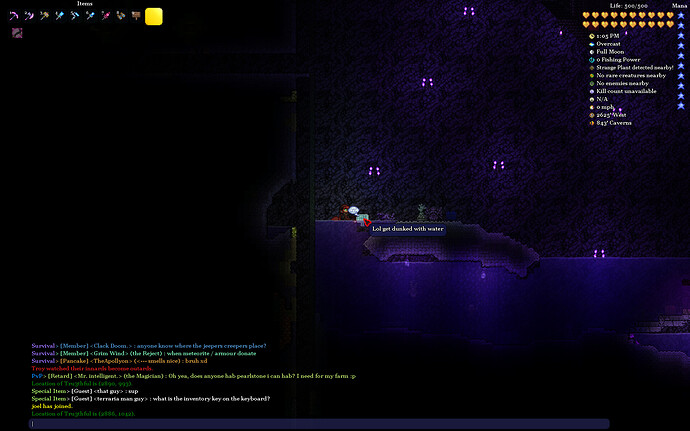 Position 3: 3029, 994. Another hole in the map’s intended boundaries, marked by the broken Asphalt Block. 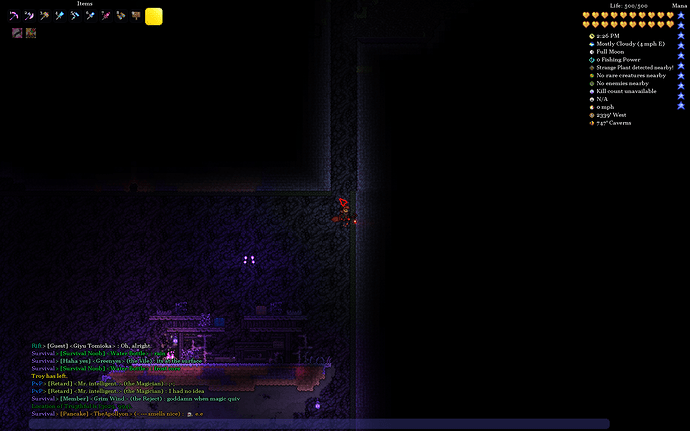 Position 4: 2883, 1017. Yet another hole in the map’s intended boundaries, this time in the side, again, marked by the broken Asphalt Block. Position 5: 2954, 1034. Around this area, there were some solid Echo Blocks placed to make a floating, invisible platform, which was intended as a gimmick, and could be seen via a “reflection” in the water in the bridge below (glass in the water, the water that was already there under the bridge). This platform was removed. I don’t remember the exact coordinates for the platform, but check everywhere above where the simple glass is under the bridge. Echo Goggles are being worn to show that the platform is missing, every other Echo Block in the screenshot was placed by me beforehand.

[5] Dimension: (if this is a server report).
Build

[6] Roughly, the time (in UTC) the offence was made. (if this is a
server report)
Unknown. I only found out about this after it had originally happened thanks to Madofado pinging me over it in the Dark Gaming Discord, which I then logged on to investigate and gather evidence. Madofado originally pinged me at 3:08 a.m. on May 31st, UTC.

Additional notes: The Chlorophyte Shotbow and Jester’s Arrows in my inventory were for producing light to check the bottom map boundary to see if it was broken without having to dig to it. They were all intact. A sign was placed in the inverted pyramid but didn’t have text, I broke that. A couple of Thorny Bushes had grown in the region and were broken on accident by moving into them. No other edits were made to the region, as far as I’m aware.