My brother deleted terraria and steam again even in the recycling bin. I lost the disc because I never thought I would need it again. For some reason now that I have steam it won’t load the shortcut. It shows the loading signal but stops shortly after. So I am working on fixing it. I will let you know when it is fixed. Sorry again guys.
This happens when trying to download off the steam site again: 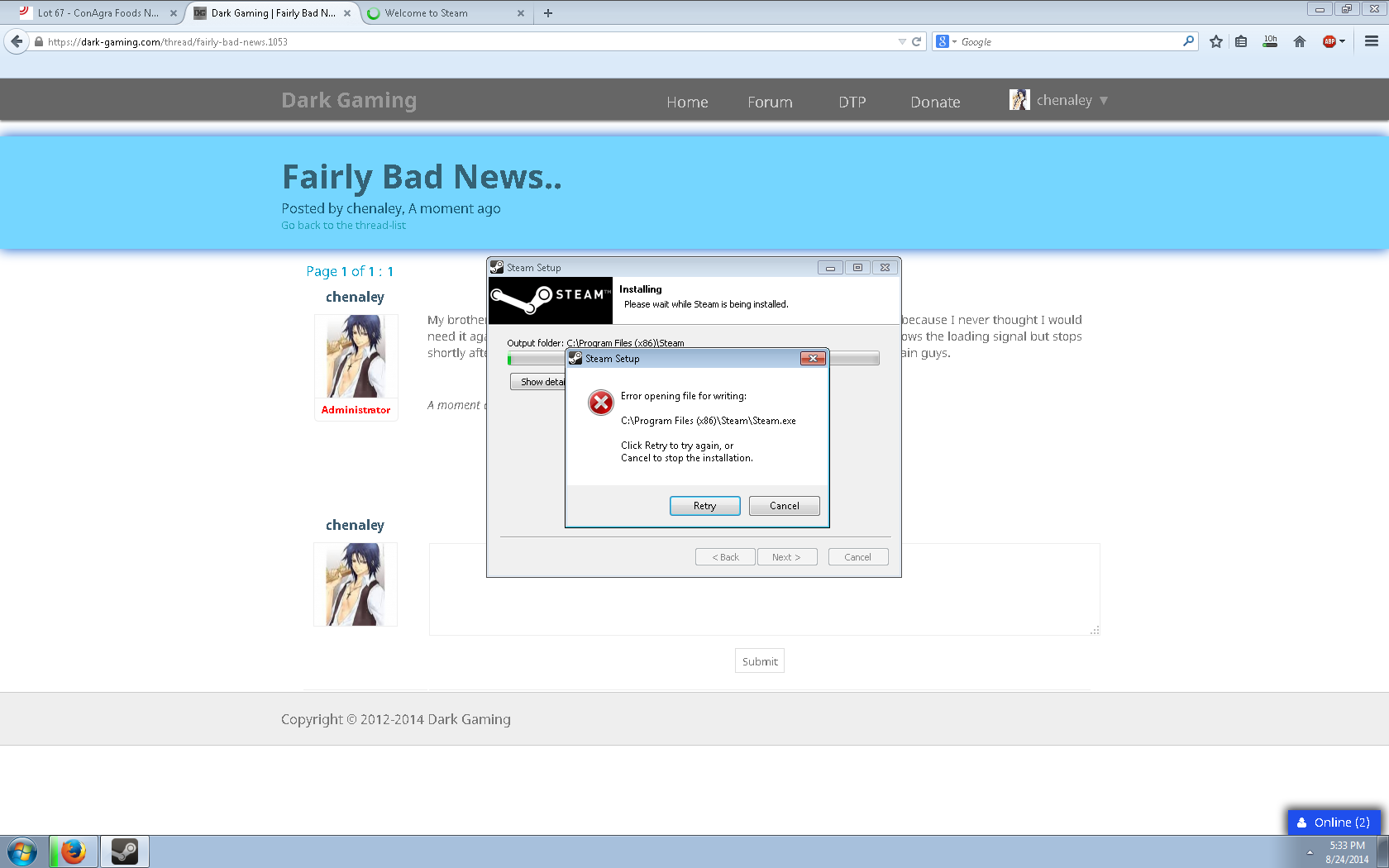 Did you delete steam first before trying to re-install it? It mentions it has a write error which means the file exists, and is being used (you mention steam doesn’t open, well, it may infact be open and therefore the exe is being used) you should uninstall steam, delete the folder, restart your pc.

Dat sux. Better go tell him off and make him never tuch ur computer again!! >:D

I think Rofle is a genius! It got fixed. And they will just do it when I am at practice or something.

Yes, Rofle is the reencarnacion of Albert Einstein, good job!

Seriously? I KNEW IT.