Doritos are good, I recommend them.

But are they gluten-free?

To me, the classic Doritos flavor is Nacho Cheese, closely followed by Cool Ranch. The ingredients on the Nacho Cheese Doritos don’t include any wheat products. … Doritos aren’t considered gluten -free by Frito-Lay because there’s a chance of cross-contamination with wheat during the production process. 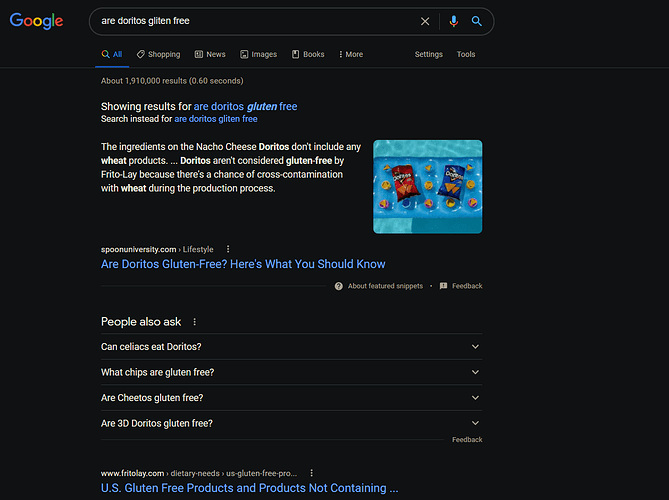 Spoon University manages a foodie digital media blog network made for millennials, by
millennials. Co-founded at Northwestern by two women as a student club producing a local foodie magazine, it has exploded into chapters at 150+ college campuses, all led by students.

Indeed, it is credible.

“Credible” means “able to be believed”, or something that can be trusted. The prefix “in” means “not”, as in “independent” means “not dependent”.

The english language is quite strange, I guess.

Terrorists terrorize, and they are terrifying and terrible.

However, they are not terrific people.

The English noun terror comes from the latin verb tersere, which later became terrere in the Middle Ages.

Eventually, during the Late Middle Ages, Europeans began using the word terreur, and then the word terrour began to be used in Middle English.

This is wrong. It actually means unbelievable.

I guess that’s one definition of it.