Disable the Ability for Anyone to Use Dyno's ?addrank and ?delrank in the Discord Server

The PvPer and Vote roles on the Dark Gaming Discord were removed from being joinable from Dyno’s ?rank command on March 2, and initially, I didn’t know why. But because of that, not only was joining them impossible without assistance from a staff member, but so was leaving them if a user was already in possession of either of those roles.

After a bit of digging, I found the culprit, by searching “from:Dyno PvPer” 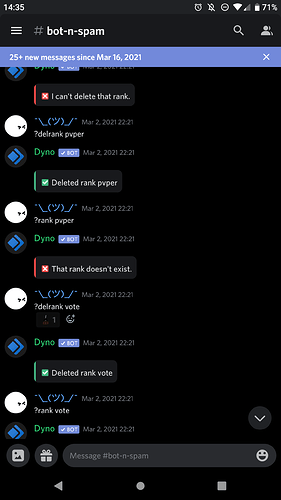 Can the Vote and PvPer roles be added back to the ?rank list?
And, I mean… do the actions shown here even count as a breakage of rules?

Edit: By complete accident, somebody found out that anyone can use the ?addrank command to create literally any custom role when trying to add back the PvPer role to the list. I had also attempted to add the Vote role back to the list, but it was all downhill from there. 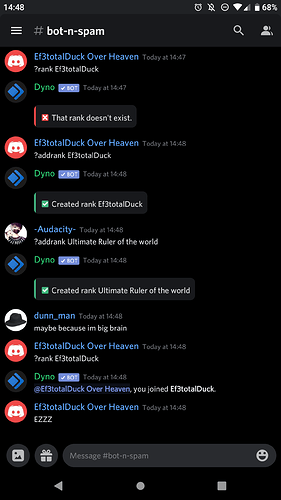 Can this command be disabled and the custom roles removed, please?