[Q1] Provide the Ban link or if none, the reason
Link: Dark Gaming | DTP - Ban View

[Q2] Did you break the rules knowingly?
No, I had no idea I was using a “modified client”.

[Q3] Do you think your Ban was fair? If not, please provide a reason.
No, I do not think my ban was fair because I was not playing on a modified client. I was playing on pure vanilla Terraria.

[Q4] Why should we unban you?
I should be unbanned because I was not using a modified client whatsoever. I also really enjoy playing on Dark Gaming, though I only discovered the server recently.

Would you mind explaining why did you decide to keep 999 platinum coins? 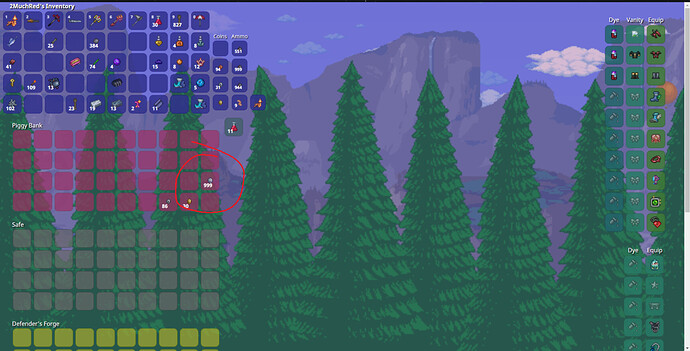 I’m not sure where those came from. I found them randomly a while earlier and figured someone dropped them. But I don’t have anything to defend myself with so…

Be aware that keeping illegitimate item drops is against the rules, and also notice that when I was asking you about how did you obtain those I got no response. Why is that?

Technically, 999 platinum coins is obviously a hacked drop.
I’m going to accept your appeal, you should always remove hacked items and report the person who gave you them. Unbanned.