Setting a limit in Specialitems

Well, as we all know, Specialitems is a cool place you can check out new combinations of weapons, perhaps even see how weapons will work if some of their characteristics like Speed, or projectile type is changed.

This however, creates a lot of problems on the Dimension. Not everyone here on DG has a computer capable of handling too many projectiles at once, and so, it has come to my attention that we MUST set a limit as to what players can do on Specialitems.

There’s been controversy over how many players keep dying due to other players who use Hostile projectiles, which deals damage to the players, even with PvP off. Players also set the weapons to high Use Times, and also projectile counts, lagging other players. And so, we must set a limit, not only to Projectile Damage, but also how many projectiles a player can create. There’s lots of ways to set limits, but priority is to make it playable for everyone. It’s not fun if you’re not only incapable of moving, but if you keep dying without being able to do what you want.

Lots of players do this now, and it’s infuriating. So ples Papa Rofle, PLES SET A LIMITER ! 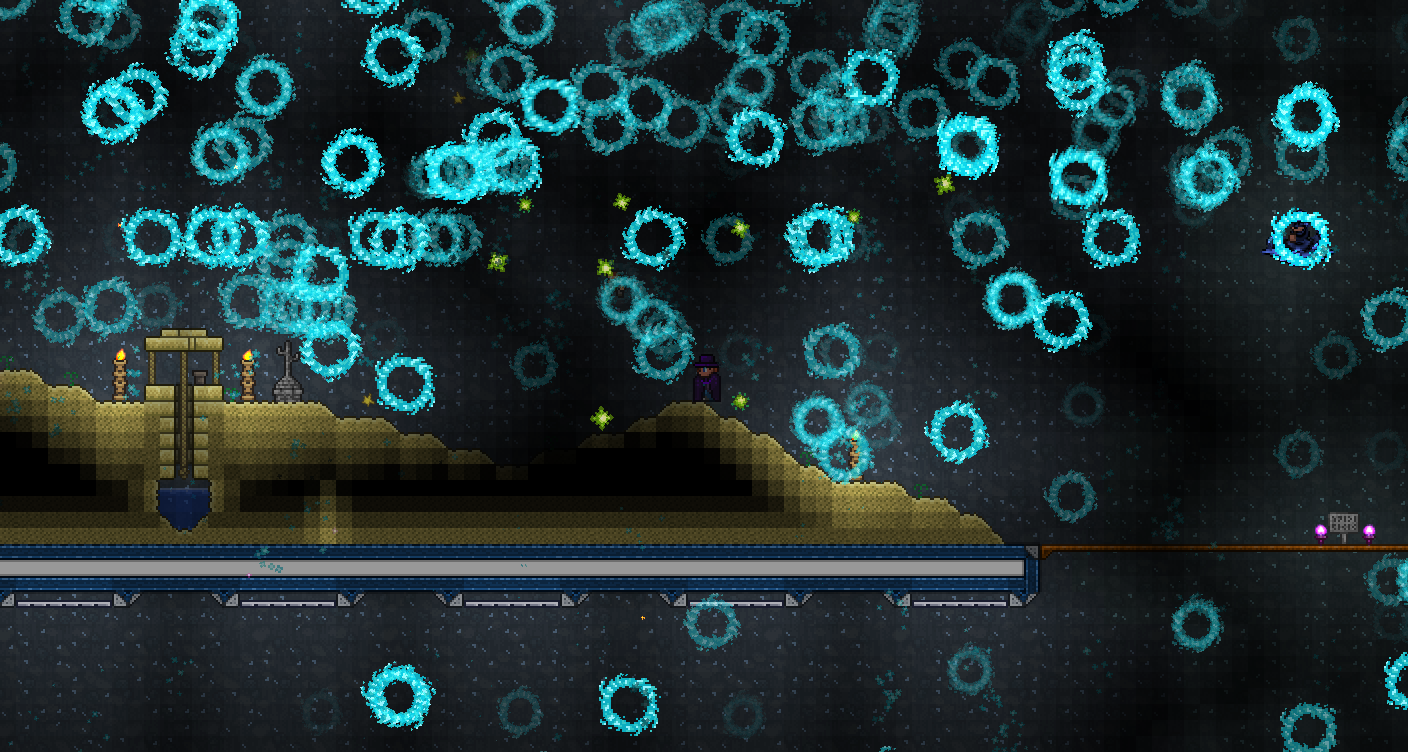 Apart from the murdering crysis, how about we make like 3 warp plates in /specialitem. One is made for players with low-end PC’s, big projectile limiting there. Another one is made for players with good, but not great PCs (medium, in a way), small limiting to projectiles. And the last one is for players with beast PCs, no projectile limiter at all.
This way, not only that players can choose a room that best fits their computers’ performance, but anyone (even with beast computers) will be able to make legitimate looking weapons without worrying about others abusing hundreds of projectiles causing lag.

Yeah guys this kinda sounds like a problem… Hopefully you guys can resolve it… Im looking forward to seeing what you do… This is actually my first day on the forum… So… Ill see you guys soon… Bye!!! :3

If you guys need any help with building… You can always call for me… Also I’ve been studying up on the TShock commands… So hopefully this can all be worked out… Cya!!! :3

Lol, now everyone wants things from Rofle, even I (Rofle, if you read this please look at our private phase discussion).
Also, Tem, why do you say “Bye!!!” or “Cya!!!” before finishing the thread? Not to say that you didn’t even say “bye” when finished. xD
Or wait! Maybe you posted multiple times and all these posts may have been combined to look like it’s one reply…

That’s exactly right, Vic… also… Do you like my avatar??

Oh well, I had been hoping the thread got some attention. Apparently not.