[1] Members name.
Aburger, but he also goes by Womburger
[2] Report: What they were doing wrong, describe in detail or what rule(s) they broke.
He was using a modified client
[3] Did this effect anyone?
This affected everyone who were PvPing at the time , including myself.
[4] Evidence.
The evidence was hard to obtain since he was using long reaching weapons that had modded damage, this is the best screenshot I got. 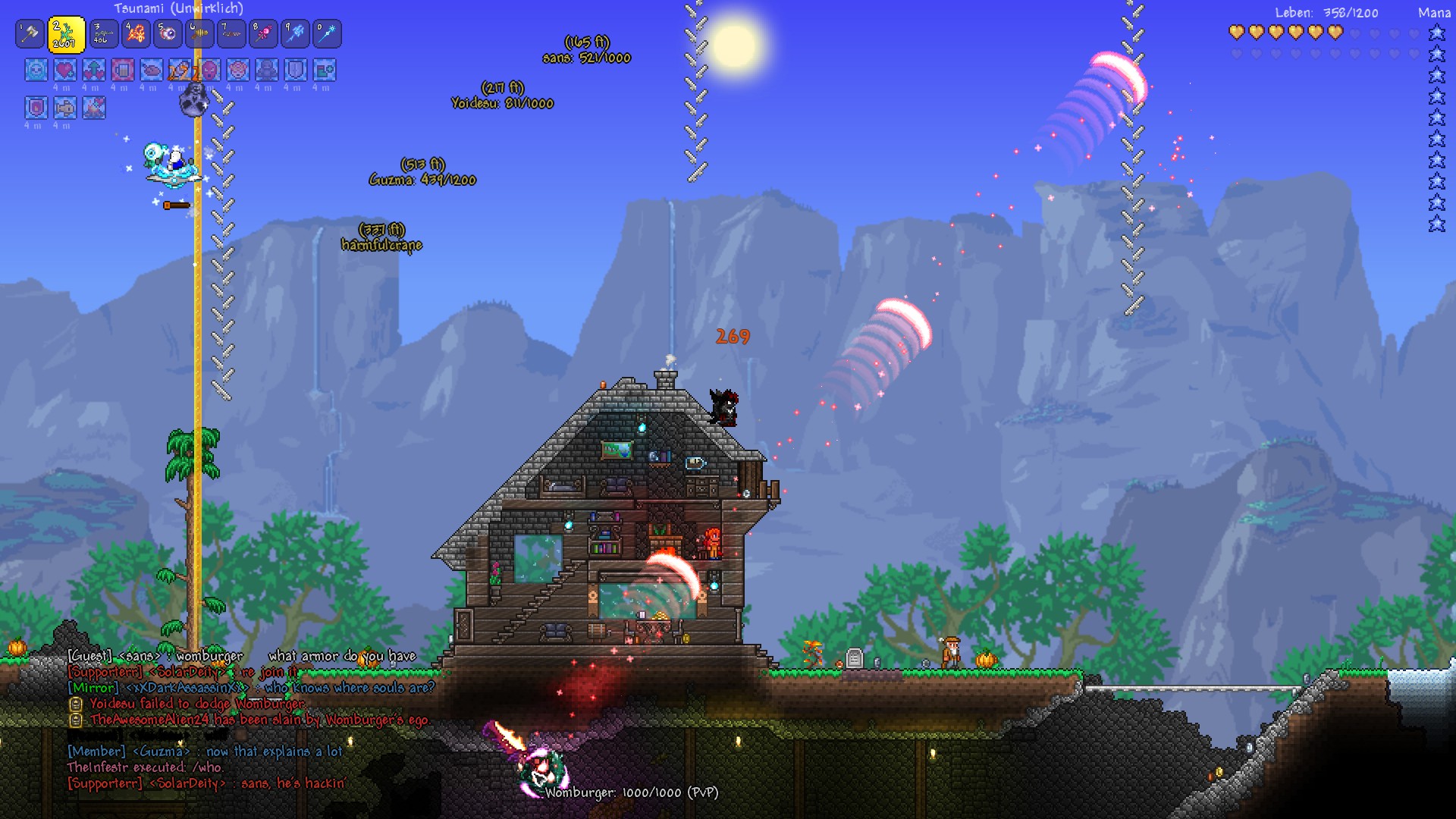 This is true, before going as Womburger, he was also using a Mage loadout on Aburger that had a nebula damage between 177 and 467 depending on how people’s builds were.