Nate's Master Mode For the Worthy (MMFTW) Handbook - The Basics

I decided to make this guide because

1: I’m bored, and
2: I’ve been basically nonexistent.
3: I got slightly jealous of Enemy Gamer’s PvP handbook.

As some of you know, I have done multiple MMFTW runs with all four of the classes. As usual, I will be biased towards summoner in this guide, but at least in this case summoner is actually good. Don’t worry, the other three classes will also be covered.

For the Worthy is a secret seed specifically designed to make the game harder. It boosts enemy stats, makes some bosses larger and smaller, and makes some bosses more difficult by boosting their speed or aggressiveness. It also slightly changes world generation in some ways. I will get into the precise changes throughout the guide.
As for Master Mode, Master Mode is an upgrade to Expert Mode, which is an upgrade to Normal Mode. Master Mode retains all Expert Mode changes (which I will be listing as well) to the game, and really just buffs the stats of enemies. Other than drop and coin increases, Master Mode offers other benefits such as Master Mode exclusive pets, light pets, and mounts that have a 25% chance of being dropped by minibosses and bosses. Each one has its own individual special reward, just like Expert Mode. All miniboss and boss also have their own relic that they drop upon being killed.

To create a Master Mode For the Worthy world, press the ‘New World’ button as you would normally, then in the world creation settings, select ‘Master Mode’ (the icon is a Crimson Bunny), and in the world seed, type in ‘for the worthy’ (case insensitive). The name and world evil does not matter, though Crimson (in my opinion) is more useful due to Ichor. However, just know that Brain of Cthulhu is a lot more difficult on Master Mode For the Worthy than Eater of Worlds, so it does come with a bit of a tradeoff.
Now that you’ve created the world, the first thing you’ll likely see is that the world generation text is backward (see below). 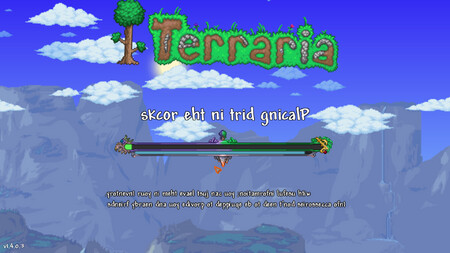 Don’t worry, this is completely normal, and it just means that the world currently being generated is the For the Worthy seed.

Note that the world generation of a For the Worthy seed has a few quirks.

Upon spawning into your new world, there’s a few things that will affect your early game;

There are a few upsides, thankfully.

If you weren’t regretting your life decisions already, everything else is buffed too!

As you progress, bosses begin to become a priority. As such, here are the For the Worthy and the Master Mode changes.
First off, on Master Mode, all bosses gain a flat 50% increase in damage and 27.5% in health to their Expert Mode values, rounded up. Bosses on Master Mode drop unique loot outside their Treasure Bag, as well as dropping all Expert Mode exclusive items. Here is the full list; As for For the Worthy, the changes actually make the bosses a lot more difficult. Here’s the list;

Many bosses and/or their minions are either larger or smaller than normal:

As a general rule, bosses and their minions are affected by the same contact damage and health buffs reported above for regular enemies, while damage from projectile attacks is not affected. However, there are some exceptions.

All bosses (with the exception of Deerclops, Duke Fishron, and Moon Lord) receive certain changes to their AI:

While melee is automatically at a disadvantage due to enemies dealing substantially more damage, it still has its merits, and its high defensive properties make it a class with high survivability. Additionally, some bosses can still be facetanked with good results.

Ah yes, we all love spam. Even I will admit to using this class quite frequently in MMFTW, and for good reason- it’s great DPS, and the defense is decent, too. Weapon availability is also great.

Mage is decent, but definitely not as good as ranger or summoner. It’s got bad defense and either inconsistent but great dps when it happens, or consistent but bad dps.

This is a great and a terrible class for MMFTW at the same time. On one side, it has awesome DPS, great weapons, and fits all situations. On the other hand, the defense is basically non-existent. If you’re playing summoner, you’re basically almost no-hitting every boss if you want to live.

With the guide done, I hope you learned something new and/or benefited in some way. I’ll update the guide if anything changes or if something is incorrect.

There will be more in-depth explanations and tutorials of bosses and the individual classes in the future, don’t worry. This is just a basic summary. This will likely become an ongoing series (lol).

The wall of flesh also gets meleted by phoenix blaster spam

Phoenix Blaster spam is so painful though, Hellwing Bow is autofire and deals more DPS

for plantera twinss, and destroyer use tome of inf. wisdom or unholy trident because of high dps
for prime use the crystal storm or serpent

for prime use the crystal storm or serpent

twinss, and destroyer use tome of inf. wisdom or unholy trident

I made it all pre-mech weapons so anybody could start on any mech boss and still be able to defeat them. Also, unholy trident has a multitude of issues, a few of which being;
1: rarity.
2: DPS (it’s heavily overshadowed by other weapons)
3: insanely high mana usage, very similar to the Tome of Infinite Wisdom. 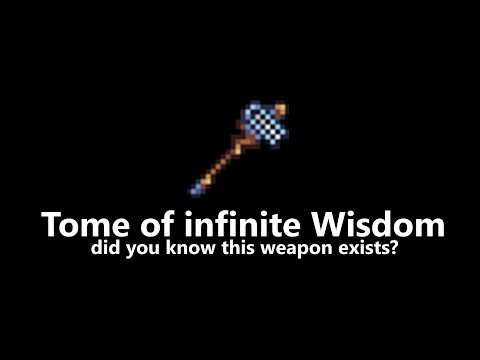 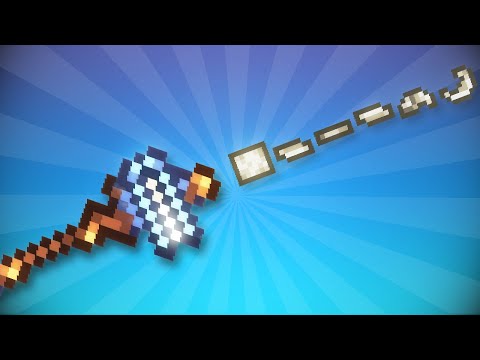 Anyways, i will add the tome of infinite cheese onto the list, despite being a little harder to get than other weapons.

it does not do much dps but it has great range

um tome of wisdom may be more effective than nimbus rod, but it also only works if the destroyer is near the ground + much harder to get and later in progression.

what kind of crap are you using bruh, this is wayy above normal dps.

even crystal serpent shouldn’t be that high, and I love that thing to death…

should i undo the edit?

It would, but only if you spam it. Seeing as how whips deal more DPS anyway, it’s impractical and only of use if you want to stay away from the wall.

you do realize this is post all mechs, so that’s literally impossible to obtain at that stage of the game
also, only the Sorcerer Emblem is obtainable pre-mechs.

another tip for summoner in master mode ftw is to using beenade (dont worry beenade is class-less bc there wasnt rouge class here) to kills all of the hungers and then use the whip to target at the bottom eye, with that use flinx staff or vamp frog staff, why flinx staff/vamp frog you may ask? ok so when it target the below eye those guy will keep go up and down and start dealing damage to all 3 other parts and mean while you will focus on dodging so you wont need to do sentry stuff

it deals ranged damage, and is hence unusable for pure summoner.

whips deal better damage to WoF and Skeletron than Bee Armor and its focus on minions does. The Wall of Flesh is extremely difficult to get close to, and the Leeches are hard to get rid of without whips.

Trust me, Bee Armor is only good in a Minions-Only scenario. Even Obsidian Armor provides higher defense, higher damage, and high offensive capabilities. Of course, one could argue that Spider Armor is better than Obsidian armor (and I would agree), but Bee Armor is simply not good enough on MMFTW.

Yes I know this. However, the damage from that is nothing in comparison to SnapTap.

Detailed the weapon guides and fixed some grammar errors.

welp thats the thing, you cant just being close range to master mode wof to whip him, for sure you will need those pleasures summon tag but letting minions go up and down and dealing damage and while staying on rails is best strat and also you could hammer you rails to make them instandly goes faster when cart hit them to get away from wof