[Q1] Provide the Ban link or number; E.G.
I cannot provide a ban link but I was banned for griefing.

[Q2] Were you warned before being banned?
No, I was offline at the time but the person who banned me did talk to me about it.

[Q3] Do you think your Ban was fair? If not, please provide a reason.
I think my ban was fair.

[Q4] Why should we unban you?
I believe that I should be unbanned because I feel that I help quite a bit on this server. I regret my actions 100% and I couldn’t be more embarrassed for the things I said. This may sound a bit like a cliche but I griefed by mistake.
I would like to have the chance to explain: I fell down the elevator that leads to the surface biome from spawn. As I fell I swung my pickaxe but off to the side where I thought was out of reach. To my surprise the blocks broke. I did not replace them because I thought it wouldn’t matter due to the blocks being dirt, not a building, or player placed. Some of the blocks were painted with negative paint but I don’t think the paint went all the way up.

Side Note I just want to apologize to everyone. I didn’t grief with the intention to harm the server or upset any players if I did. Not only would I have upset players from griefing, but what I said on a thread. Big apology to you too Slayer, well everyone who was involved really. I have to admit, I did get a bit bored from the server. And if you’re asking why I made this appeal it is because this server is really spectacular. I love the people on it and I love to help the people on it as well. Anything disrespectful from me I take back. I do not usually snap like that but when I do, it’s bad. Once and for all, I truly am sorry.

There you go! I knew you were never going to be the bad “notorious Juli” I hope I see ya around in the servers

Glad you at least made an appeal. Besides, We still have a beach house to finish!

Juli it’s alright I forgive you. I just hope this get accpeted because everyone is not perfect and has their downfall. Actually, almost everyone did including admins and mods! :o

Juli, you are infact a nice person an do help in the server A LOT. I hope this gets accepted because I have a lot of fun on the server with you. Good luck with it.

Yes, this is what you griefed.
Grief: 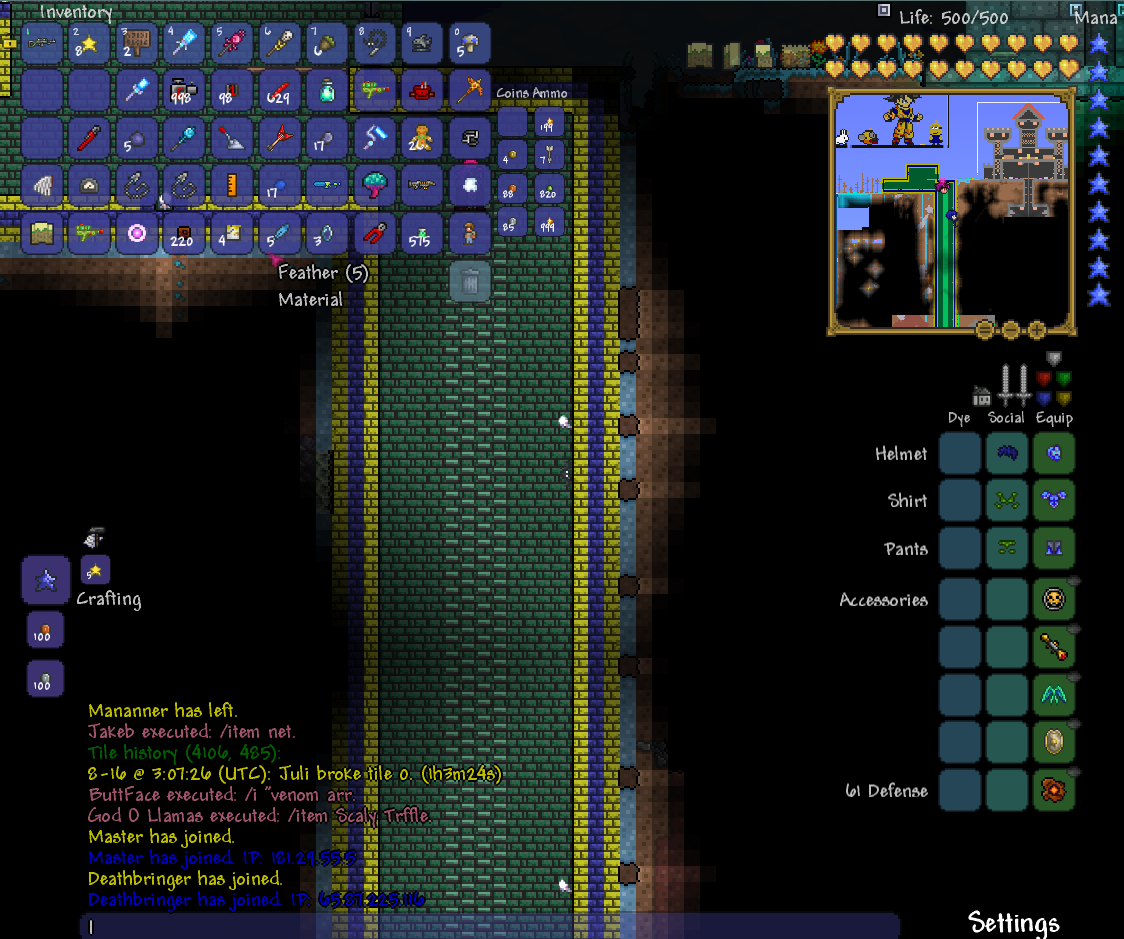 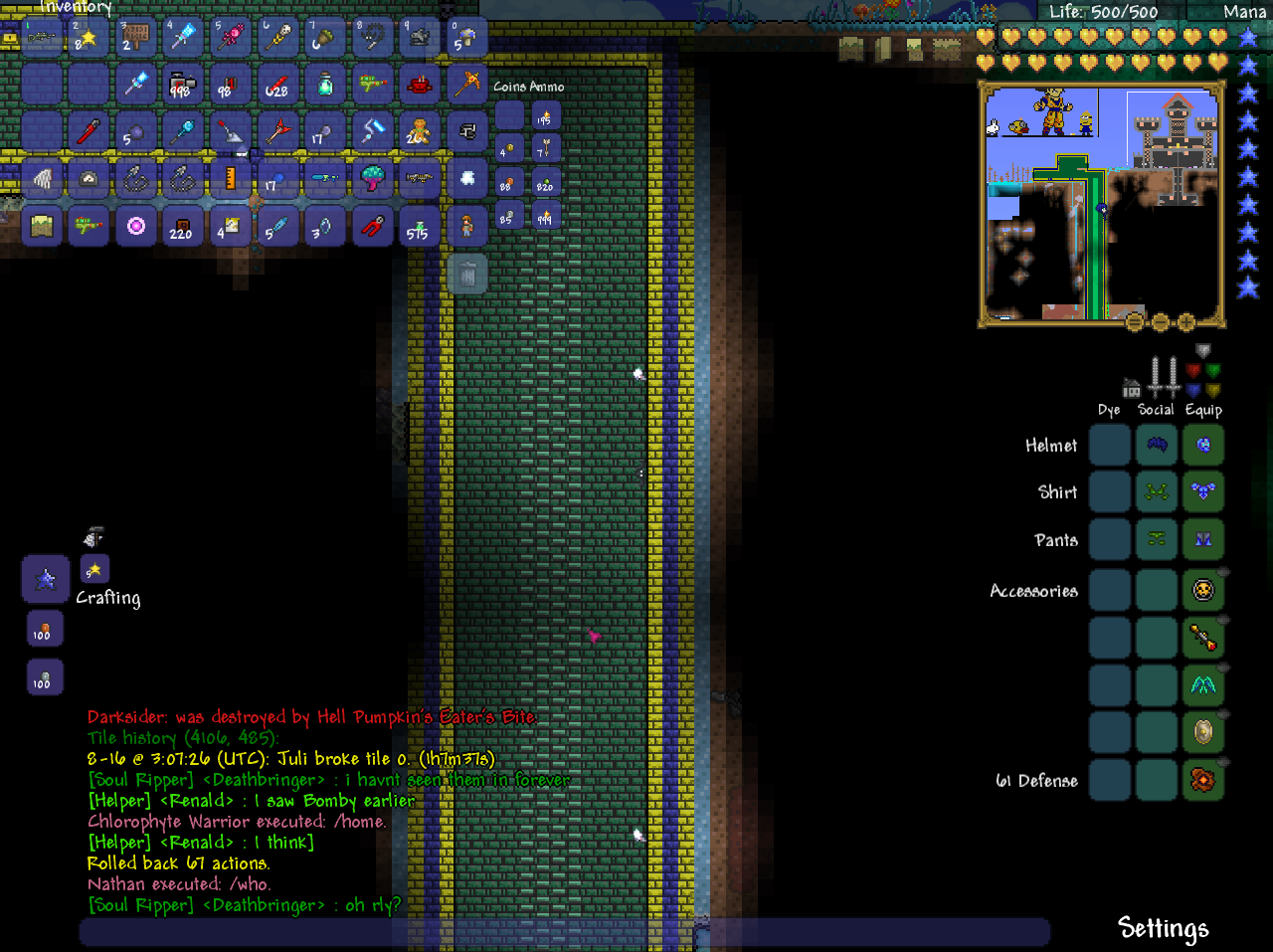 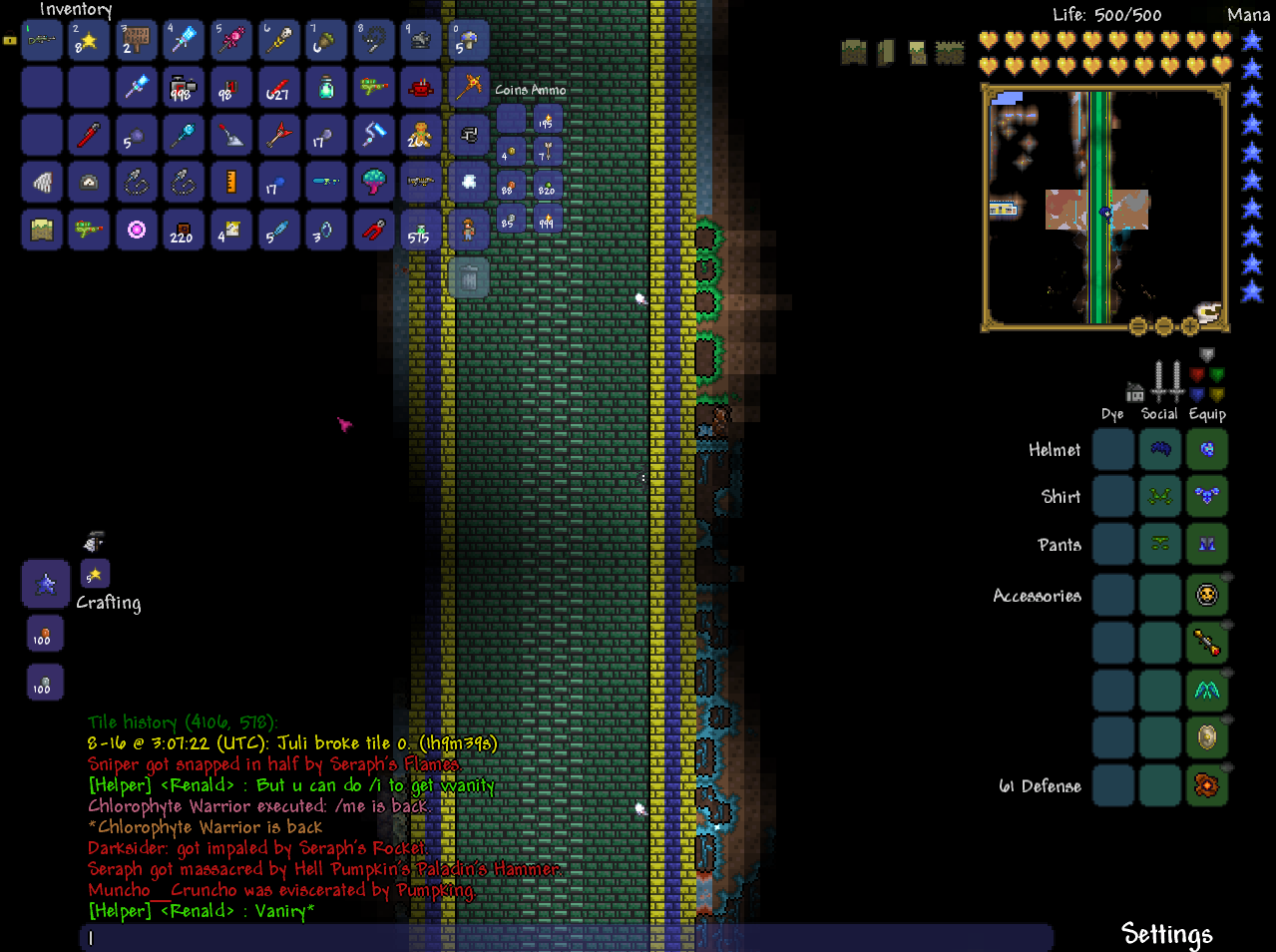 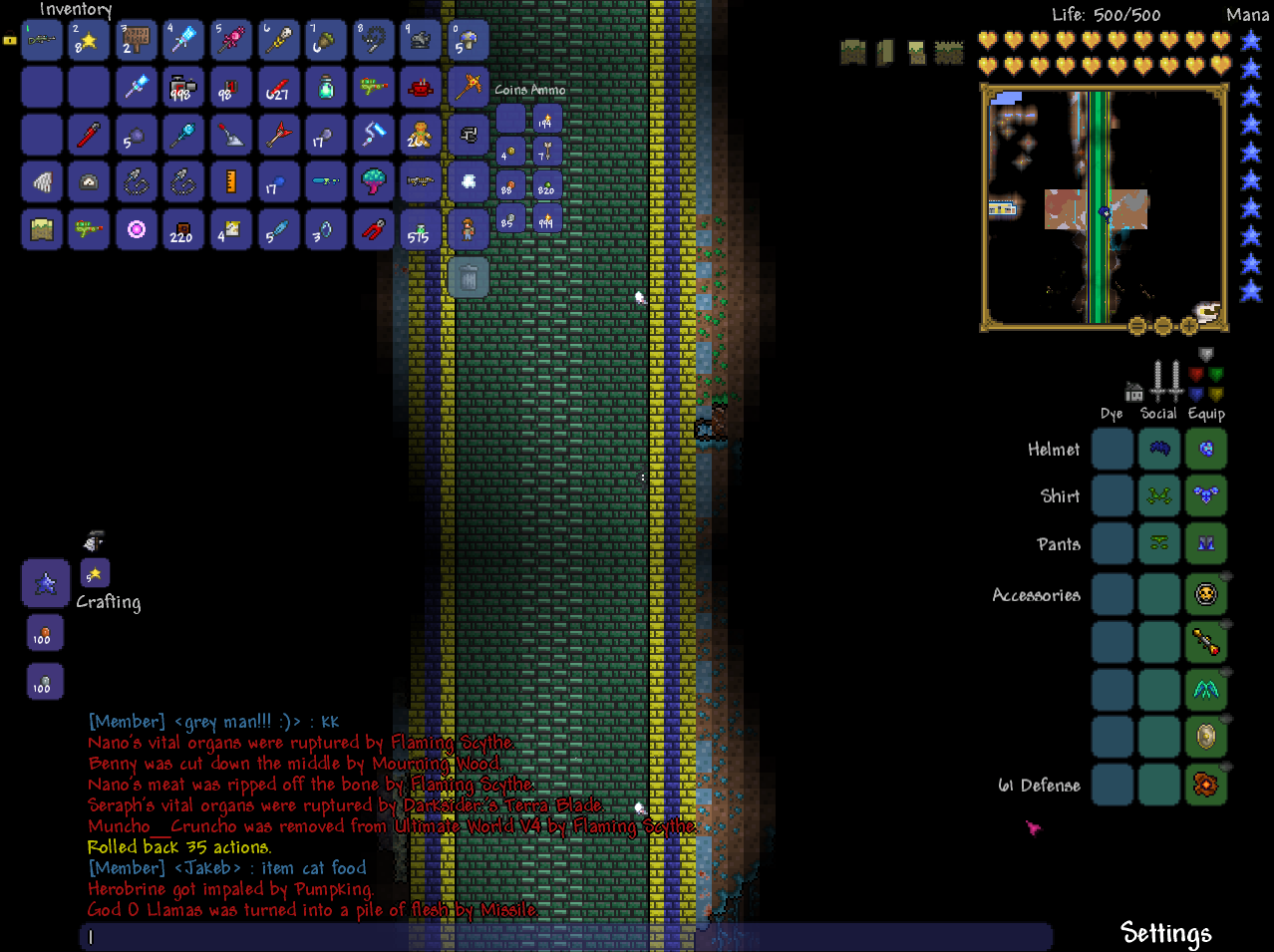 Well I’ve been around the v3 world multiple times searching for griefs and so far I haven’t found any other griefs from you.
I won’t bother asking if you’re truly sorry because I can see that you are.
One question and then I’ll make my decision.
·Why didn’t you stop swinging your pickaxe when you were going down?

She is a really cool person and she deserves to be unbanned. I think she’s sorry and i think she wont do something like this again, this is my opinion…

The major reason it counts as spawn grief is because those blocks are filled in to complete the perfection of the spawns state. But it’s also world grief as you’re breaking blocks with no good intentions.

I think she deserves the unban cause she truly is sorry and she is extremely helpful on the server and fun to play with as well.
So yea thats my opinion but…I hope she get’s unbanned.

I think she should be unbanned, this sounds very sincere.

Well you seem to be truly sorry about what you have done you’ve explained what happened. You seemed to help out on the server and many people have given their support so I’m unbanning you.
Just be careful, if someone finds a grief of yours again, you’re less likely to be unbanned.
Have fun on the server.